Posted on 5 July 2014 by Special Collections 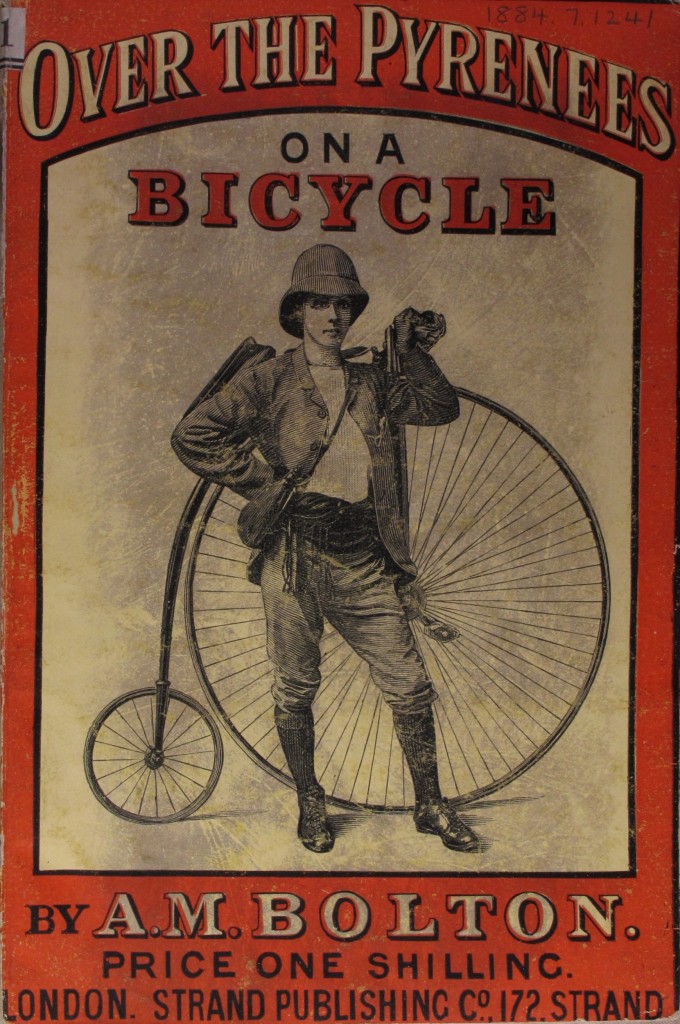 Alfred Bolton: Over the Pyrenees: a bicyclist’s adventures among the Spaniards (London: 1883)
“It is a curious circumstance that among the numerous countries in Europe visited by the English bicyclist, sunny Spain, the land of romances, dusky sierras, and historical associations, should have remained comparatively unexplored…” (p. vii)
(Shelfmark: 1884.7.1241)