Posted on 6 July 2014 by Special Collections 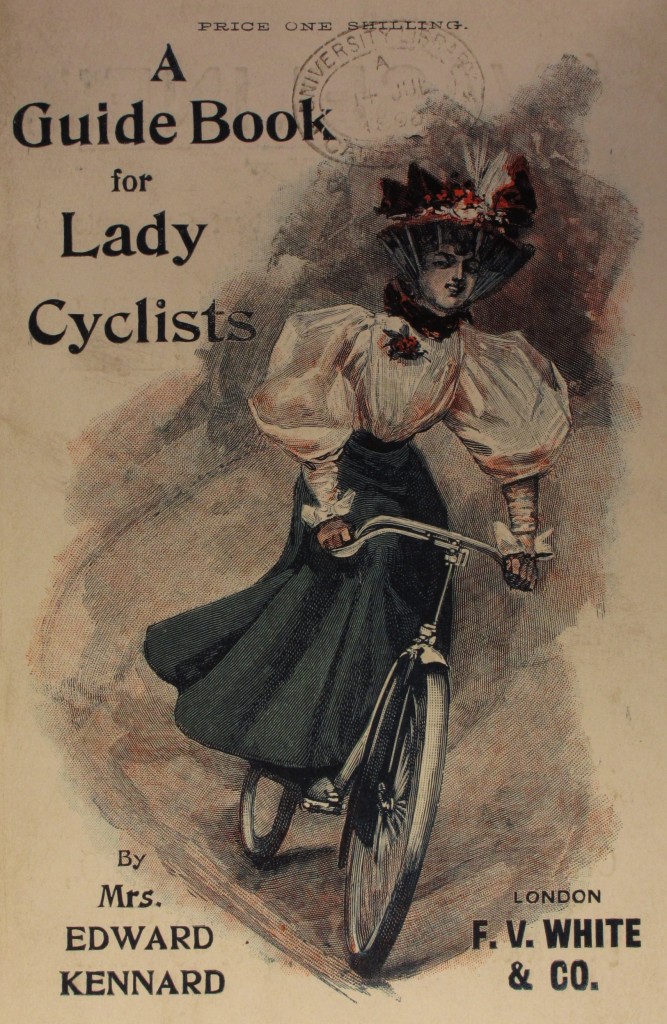 Mrs Edward Kennard: A guide book for lady cyclists (London: 1896)
“If it were the fashion in this country for ladies of good standing and position to wear knickerbockers, and if they could appear as freely in them as in France, without shocking the non-cycling portion of the community, then, do doubt much might be adduced in their favour”. (p. 44)
(Shelfmark: 1896.7.1531)