Posted on 11 September 2014 by Special Collections 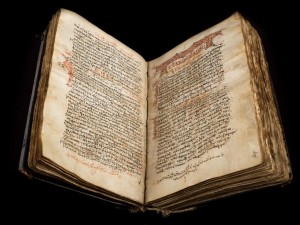 Cambridge University Library is delighted to announce that we have reached our appeal target and secured the purchase of Codex Zacynthius. We are extremely grateful for the large number of donations we received from individuals and organisations. The target was finally reached with a grant of £500,000 from the National Heritage Memorial Fund and the manuscript has been formally accessioned.

The parchment leaves of Codex Zacynthius were first prepared and written on in the seventh century. What makes it particularly special is the text: a large part of Luke’s gospel (Luke 1:1-11:13) with commentary, written in Greek in a fine uncial script. Zacynthius is an important early witness to this section of the New Testament.

But this is not the only text Codex Zacynthius contains. It is a palimpsest manuscript; in the thirteenth century the text of Luke was scraped or washed off and the leaves were reused and overwritten with a lectionary, a liturgical book containing passages from all four gospels. This type of recycling was common at a time when materials for making books were scarce and expensive, and books were precious objects. However, it’s still possible to see and even read the undertext. As was generally the case, the folios were rotated through 90 degrees before adding the upper text. 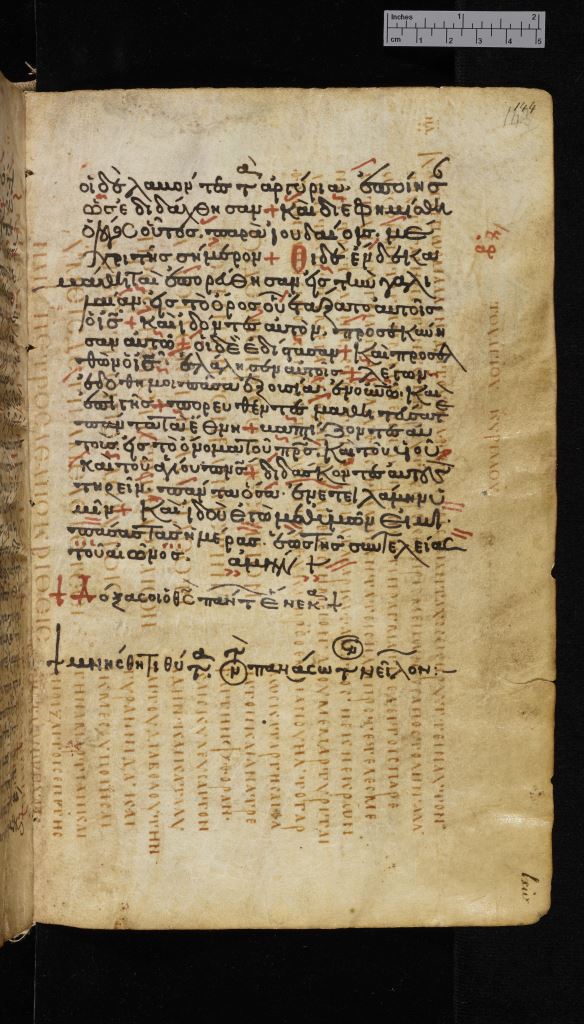 At the end of a chapter of the lectionary on this folio, the undertext is particularly legible. The larger letters on the upper part of the folio are part of the gospel text and the smaller letters at the bottom of the page are part of the patristic commentary that surrounds it. The title, now visible in the right-hand margin, notes that this is the commentary of the fifth-century doctor of the Church, St Cyril of Alexandria.

The undertext of Luke was studied and transcribed in the nineteenth century through the painstaking efforts of the biblical scholar Samuel Prideaux Tregelles. Biblical researchers studying Codex Zacynthius in the future will be able to draw upon the expertise of the library’s conservators and imaging specialists who will subject the manuscript to a range of non-invasive scientific analyses, including multi-spectral imaging and XRF spectroscopy, and make their results available.

Very little is known about the early history of the codex. General Colin Macaulay brought it from the island of Zakynthios in 1821 (hence the name) and donated it to the Bible Society. Its provenance prior to this is unknown and the texts themselves offer few clues. The manuscript has been housed in Cambridge University Library since 1984 when it was deposited here by the Bible Society. The Bible Society wished to sell Codex Zacynthius in order to raise funds to establish a new visitor and education centre in North Wales which will open shortly.

We are very pleased that Codex Zacynthius is now a part of the Cambridge University Library Special Collections. It has been given the classmark MS Additional 10062 and can be studied alongside Codex Bezae and a range of other important biblical manuscripts.