A presentation copy from Oscar Wilde 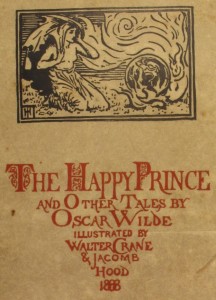 Having been reminded by the BBC and British Library this morning that today is the 160th anniversary of the birth of the Irish writer and poet Oscar Wilde, it seems like a good day for a short post on one book in the Library’s collections with a very close connection to the man himself. Wilde was educated at Trinity College Dublin between 1871 and 1874, and then at Magdalen College Oxford from 1874 to 1878. During these early years he contributed poetry to several magazines and in 1881 a book of his verse was published in London. He also turned his hand to the novel, with The Picture of Dorian Gray in 1891 (it had first appeared serially in a magazine in 1890), and to drama, with his Salome of 1891, though its performance was banned in this country and it received its premiere in Paris. His fate – condemned to imprisonment between 1895 and 1897 for the ‘gross indecency’ of his homosexuality – is symbolised by his final work, The Ballad of Reading Gaol, which appeared in 1898. He was exiled to Paris upon his release, where he remained until his death.

The surgeon and book-collector Sir Geoffrey Keynes (1887-1982) amassed a huge library over his long life, and his books came to the University Library after his death. Rich in early English literature and medical works, the collection also contains many modern works with connections to Keynes’ friends and acquaintances, including Siegfried Sassoon and Rupert Brooke, both of whom were at Cambridge with Keynes in the early part of the twentieth century. The subject of this post is the first edition of Wilde’s The Happy Prince and other tales, printed in London by David Nutt in 1888. Nutt was connected to Charles Sayle, Cambridge poet and librarian, publishing his Musa Consolatrix (a book of homo-erotic verse) in 1893. The book contains five short stories for children, including The Selfish Giant and The Devoted Friend, and was illustrated by Walter Crane and Jacomb Hood. Keynes’ copy is particularly interesting for us as it is inscribed by Wilde to the painter, playwright and stage designer Walford Graham Robertson (1866-1948). 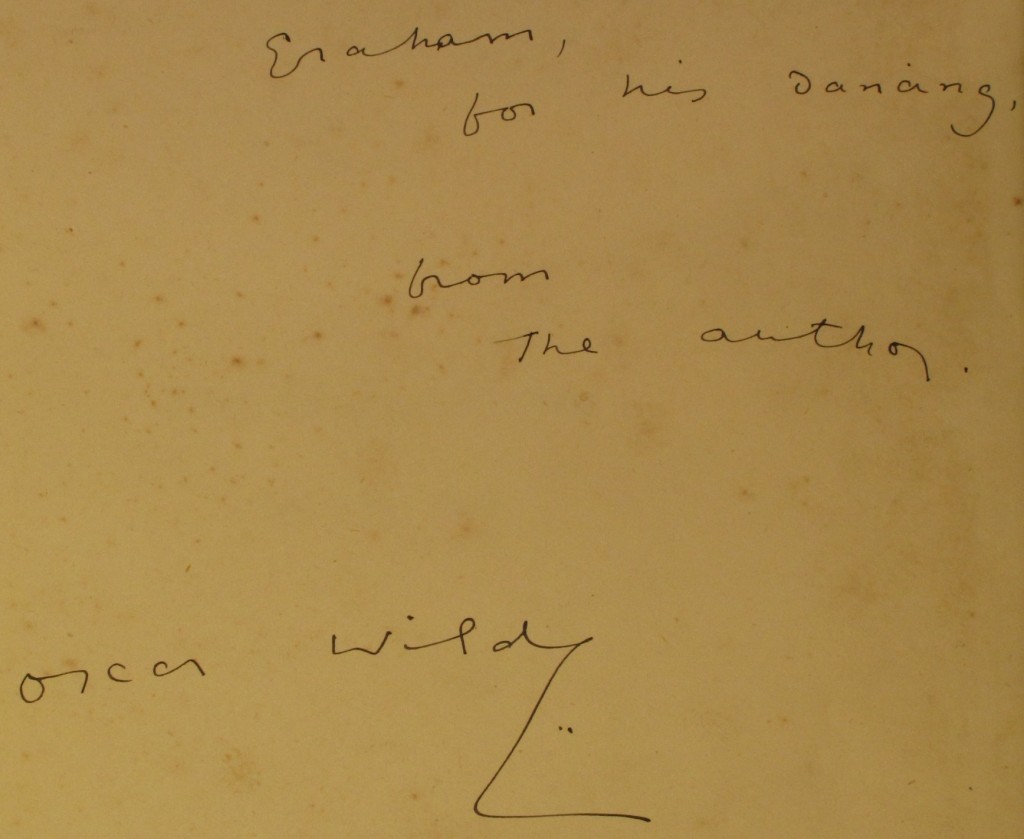 W. Graham Robertson evidently turned his hand to many things and was responsible – as a book illustrator – for the frontispiece to the first edition of Kenneth Grahame’s Wind in the Willows (1908). He was evidently also, perhaps in his earlier years, a fine dancer, and Wilde’s inscription records that the gift of this book is “for his dancing.” In addition, slipped into the book is a studio photograph of Robertson, by the London photographers W. & D. Downey. He appears in front of a floral backdrop, in a long flowing white outfit, holding aloft a tambourine. He was also known to design theatrical costumes (he was responsible for the costumes and set for the subsequently banned 1892 London performance of Salome) and this may be one of his own creations. A note with the book records that this photograph was sent to Keynes by the American bookseller Justin Schiller, who said that he “purchased from Sotheby a group of early photographs bequeathed to [Robertson’s] executor Kerrison Preston…and I feel certain [that] both book and image should now be reunited.” That Robertson’s photograph was taken by Downey, based in Ebury Street (in Belgravia, near Buckingham Palace), seems not to be coincidental. The same firm photographed Wilde himself for his carte-de-visite and the actress Sarah Bernhardt, who was to have performed in the London performance of Salome. 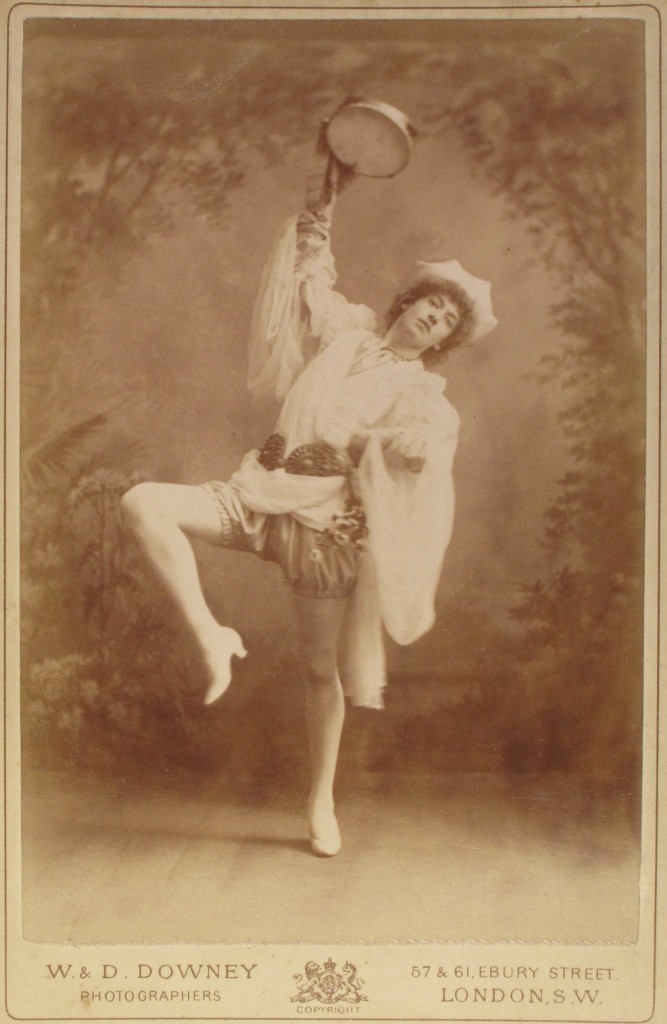 Photograph of Robertson, taken probably in the 1880s

The book was presumably given to Robertson soon after publication; the two are known to have met when Robertson was 21, around 1887, and he soon became one of Wilde’s lovers. In 1892 Wilde asked him to wear a green carnation at the opening night of his Lady Windemere’s Fan, and the flower became symbolic of Wilde and his group, though its meaning is still debated. It perhaps pointed – as a flower of an unnatural colour – to Wilde’s decadent and unnatural (or ‘inverted’ – i.e. homosexual) way of life, or referred to his belief that the artist needed to create, not just copy (the carnation had to be dyed green by the florist). Robertson’s autobiography – Time Was – appeared in 1931 and recalled his time with Wilde. The later history of this copy of The Happy Prince is interesting. It was given to Keynes on 28th November 1948, soon after Robertson’s death, by his executor Kerrison Preston (1884-1974). Preston was also responsible, as Robertson’s executor, for the disposal of his William Blake collection (sold at Christie’s in July 1949) and the William Blake Trust grew out of the disposal. Keynes was also interested in Blake, publishing his bibliography in 1921 and collecting books by and about him, including several owned by Blake himself. This mutual interest was perhaps the source of his acquaintance with Preston.