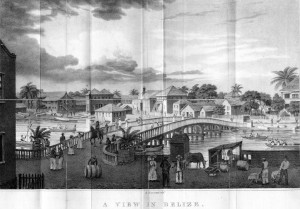 The Royal Commonwealth Society Library has just published an on-line catalogue for one of its earliest manuscript collections, the archives of the colonial administrator Sir George Arthur (1784-1854). These papers relate to his tenure as Superintendent and Commandant of British Honduras during 1814-1822, now known by its modern name of Belize. British settlement in the area began during the eighteenth century when timber-cutters established themselves in Spanish territory along the Bay of Honduras. They exported logwood, whose dyes were essential to the European textile industries. When Arthur arrived, British Honduras was a small, remote frontier settlement populated by about thirty European families, a few companies of the West India Regiment, nearly 1,000 free people of mixed race and African origin, and almost 3,000 African and native American enslaved persons, mainly employed in woodcutting. 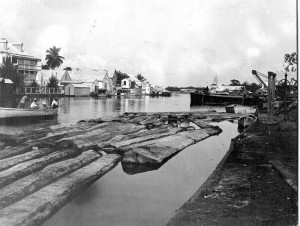 As superintendent Arthur pursued more advantageous terms for the timber trade, which was chiefly in mahogany at this time, and defended commerce from piracy or privateering. He sought to maintain amicable relations with neighbouring Spanish colonies and to preserve neutrality in the movement for their independence from Spain.

Arthur reformed the administration of justice and undertook a public works programme at Belize, which included the construction of a new wharf, lighthouse, market, school, hospital, courthouse and government house. Arthur supported church building and missionary work, reflecting his evangelical Christianity.  He was a committed abolitionist and attempted to suppress the illegal importation of enslaved persons. A rebellion by the enslaved in 1820 revealed the harsh treatment that they received and Arthur sought to improve their plight. 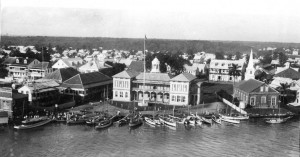 Constitutionally Honduras was not yet a British colony, and its settlers possessed considerable control over local taxation, expenditure and justice. Autocratic by nature and impatient with opposition, Arthur at times clashed with the elected magistrates and the ‘public meeting’ (legislative council) over the extent of their relative powers. Arthur’s command of the settlement garrison was challenged by Lieutenant-Colonel Thomas Bradley, whom he had arrested, leading to a lengthy dispute.

Arthur’s final years were dominated by a controversy over the allegedly illegal enslavement of the descendants of native Americans originally brought to the settlement from the Mosquito Coast in 1784. Arthur ordered them to be freed in early 1822, but legal opinion later upheld an appeal from the slave owners. His excessive use of force and electoral malpractice during the crisis inspired protest. In 1822 Arthur took leave in Britain due to ill health, and in the face of opposition from the settlers, did not return to Honduras. He later served as Lieutenant-Governor of Van Diemen’s Land (1823-36), Lieutenant-Governor of Upper Canada (1837-41), and Governor of Bombay (1842-45).

To view the on-line catalogue of the Arthur papers, RCMS 270, please follow this link.