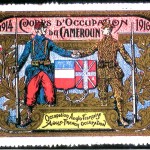 The Royal Commonwealth Society Collection has published an on-line catalogue for a recent acquisition, RCMS 361, which will be of great interest to philatelists and postal historians. The collection was donated by the postal historian Robert J. Maddocks, who worked for many years in West Africa. Much of his time was spent in the Cameroons and Maddocks became fascinated with its colonial history. He wrote a detailed monograph examining postal arrangements during the conquest of German Kamerun by the British and French during the First World War. The collection includes two albums of reproductions in colour of envelopes, postcards, stamps and correspondence posted by members of the Allied Forces during the campaign. 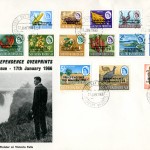 Maddocks wrote extensively upon colonial postal history, and the archive draws together nearly 300 articles he published in ‘Vorlaufer’, ‘Cameo’, and other periodicals. Most of these relate to Cameroons, Nigeria, Gambia, Zambia and other parts of Africa, but also include work on Papua New Guinea, Jamaica and Barbados. One of the highlights of the collection is a series of first day and special covers documenting Rhodesia’s political transition from its unilateral declaration of independence to the creation of Zimbabwe. 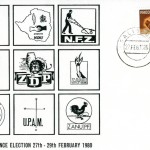 To view the on-line catalogue for RCMS 361, please follow the link: