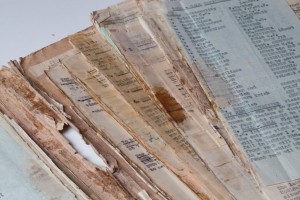 The Royal Commonwealth Society Collection is delighted to announce that work has begun on its project to conserve and digitize the archives of two Second World War civilian internment camps on Singapore, generously funded by a Research Resources Award from the Wellcome Trust. At the conclusion of the project in Aug. 2017, the records of the Changi and Sime Road Camps will be made freely available via the Cambridge Digital Library. They will be of immense interest to the families of internees, academic researchers, students and the general public, since few survivors ever spoke of their traumatic ordeal.  The first stage of the project involves the meticulous conservation of the archive, and my colleagues from the Conservation Department, Emma Nichols and Mary French, will shortly be posting about their work. 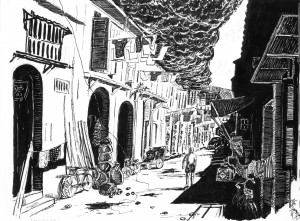 At this stage, it may be helpful to provide a little historical background and brief introduction to the archive. With the outbreak of the Second World War, British colonial civil servants were expected to remain at their posts, and civilians running businesses overseas were asked to stay to support the war effort. In this respect British Malaya’s rubber and tin industries were particularly important. There were plans to evacuate women and children from Malaya to Australia, but the speed of the Japanese invasion in December 1941 caught many by surprise. There was an exodus of refugees to Singapore as the Japanese advance continued. Memoirs in the collection vividly record the final battle for Singapore: aerial bombardment, the shelling of the city, brightly blazing petrol stores in the harbour and the acrid smoke of burning fuel. 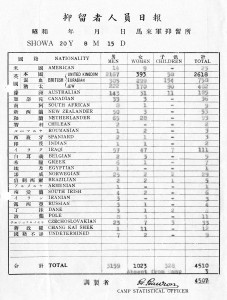 On 17 February 1942, three days after the official surrender of Singapore, all British civilians of European descent were required to report to the Padang. After temporary accommodation, on 6 March they were marched to Changi Goal, a grim concrete building in the eastern part of the city, completed in 1936. Although built to house 600 inmates, approximately 2,500 civilians were eventually confined there. Internees were separated by gender. No contact between husbands and wives was permitted for the first 15 months of internment, with extremely limited opportunities thereafter. In May 1944, civilian internees were moved out of Changi to a camp at Sime Road, to make way for POWs who had survived constructing the Burma Railway. Approximately 1,100 more people were interned at this time. Although Britons comprised the great majority, the final roll call of internees from Aug. 1945 includes the citizens of more than twenty countries, emphasising the international significance of the collection. 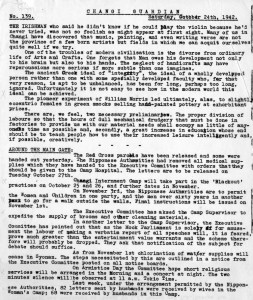 The archives help us vividly to reconstruct the lives of Singapore’s civilian internees. They include official records compiled by the camps’ internal administration. Nominal rolls document personal data: an internee’s name, date entered camp, marital status, occupation, age, nationality, and camp address, and were arranged in three parts – men, women and children. Other sources shed light upon accommodation, camp discipline, relations with the Japanese authorities, work parties, diet, health and hygiene, recreation and leisure, the delivery of mail, and the repatriation of internees at the end of the war. Newspapers circulated within the male camp, such as the ‘Changi Guardian’, reported upon events, disseminated news of sporting, musical and theatrical societies, and published fiction, poetry and humour. These official records are complemented by the correspondence, diaries and memoirs of individual internees – very poignant personal accounts of the psychological and emotional experience of internment. 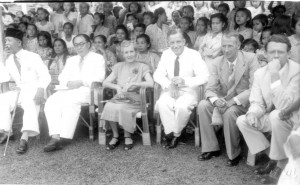 The survival of this unique archive is largely due to the vision and determination of Hugh Patterson Bryson (1898-1977), a career member of the Malayan Civil Service, who himself had been interned in Changi. From 1952 to 1967 he served as Secretary of the British Association of Malaysia and Singapore. Bryson was deeply committed to preserving the history of the two countries, collecting original documents from association members, and encouraging them to write memoirs, many of which were published in its journal. The records relating to the history of the Second World War in Malaya form the largest section of the BAM archive. Bryson’s insightful notes on the provenance of individual items and correspondence with donors and authors provide invaluable assistance in interpreting the collections.

As noted above, the Changi digital archive will be published in Aug. 2017. There will be no access to the original material while it is being conserved and photographed, but a microfilm copy is available for consultation in the Manuscripts Reading Room.