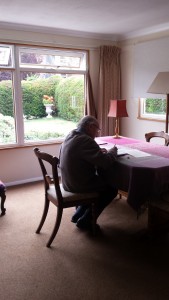 Donald Bowen at his home in Sutton, England, August 2016

A few months ago, whilst casually searching through the online catalogue of the Royal Commonwealth Society collection of Cambridge University Library, in the hope of finding anything of relevance to my doctoral research on Maltese twentieth-century art, I unexpectedly came across the Donald Bowen Collection. I discovered that Bowen had been the Curator of the Commonwealth Institute Art Gallery, a gallery in which many Maltese artists had held exhibitions.

This discovery led me to spend the whole summer in Cambridge to consult Bowen’s files and other material in the RCS collection. It occurred to me that it could be possible to actually meet with Bowen. With the help of librarian Rachel Rowe, I managed to meet him on Thursday 18 August at his home in Sutton. Despite his age (Bowen was born in 1917), he recalled much of his time at the gallery and his travels to Commonwealth nations. We spent a few hours discussing his work, giving me the invaluable opportunity of asking him questions about his written memoirs found in the collection. Although Bowen trained as an artist and is a highly accomplished draughtsman, he devoted 25 years of his life to promoting the work of artists from the Commonwealth, much of it during his tenure at the new building on Kensington High Street. 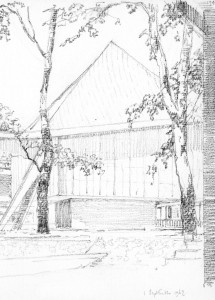 It was Bowen’s responsibility to establish the artistic programme for the gallery and to design every single show. In total, he organised over 200 exhibitions. Numerous international artists applied to show their work at the Institute as it was immediately recognised as a prestigious home for Commonwealth art.

The volume of work did not hinder Bowen’s ability to take a close look at each and every application. He preferred to experience artworks first-hand, but could not do so in all instances. In the latter case, he would examine photographs of an artist’s portfolio. The quality of the artworks was his principal concern. Local reputation and marketability meant nothing if the works themselves lacked substance or if they were too provincial to fulfil the international vision which he had for the gallery. 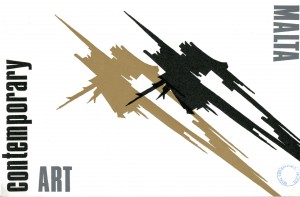 Catalogue from exhibition of Maltese contemporary artists at the Commonwealth Institute, 1967, RCS -11h4

Bowen also wrote a number of articles on Commonwealth art and on specific exhibitions held at the art gallery. These were published in the Journal of the Royal Society of Arts and in other periodicals. He also delivered papers in the UK, Canada and Denmark, transcripts of which may be found in the collection. A point of contention which Bowen addressed on more than one occasion in his writings was that of the appearance of national or traditional elements in contemporary art. Many found certain art shown at the gallery, especially abstract art, to be homogenous and devoid of local cultural character. Bowen argued that the contrary was actually true, and that it was important for viewers to really look at works of art, to experience them, and not to treat aesthetics fleetingly and superficially. 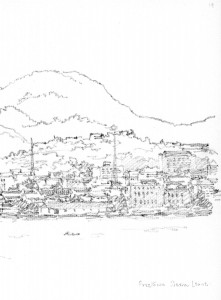 Curating exhibitions for such a diversity of artists was very demanding, yet Bowen worked meticulously and formed a profound relationship with the artworks to ensure that they were properly presented. He recalls that his job was challenging and took up the majority of his time. The satisfaction of helping fellow artists establish themselves in London, as well as in their country of origin, and the joy of meeting creative individuals from all over the Commonwealth, made his time at the Institute more than worthwhile.

A catalogue of the Donald Bowen collection is available on Janus, classmark RCMS 360