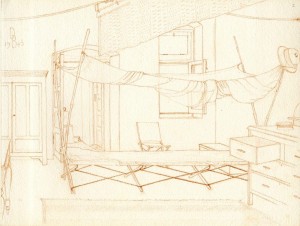 The Royal Commonwealth Society Collection has published an on-line catalogue of an important recent acquisition, the archives of Donald Bowen (1917-), artist and Curator of the Commonwealth Institute’s Art Gallery. The collection includes memoirs and correspondence documenting Bowen’s early training at the Chelsea School of Art, the Byam Shaw School of Drawing and Painting, and tuition with the artist and occultist Austin Osman Spare. Bowen describes his military training and service during the Second World War, including the Battle of Arras and evacuation at Dunkirk, and his commissioning into the Royal Engineers. Bowen served in India between 1943 and 1947, travelling widely.  One of the treasures of the collection is an album of drawings in pencil and related media depicting India’s people, landscapes, architecture, plants and animals. 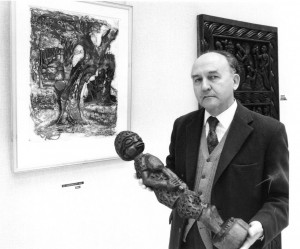 In 1953, Bowen joined the Imperial Institute (later the Commonwealth Institute), initially as Exhibitions Officer, and became Curator of its Art Gallery in 1962. He provides an insider’s view of the institute’s move to its iconic new building in Kensington High Street, which opened in the same year.  Its purpose built galleries soon won a central position in the contemporary London art scene.  Between 1962 and his retirement in 1979, Bowen organised  more than 200 exhibitions of paintings, drawings, prints, sculpture, the crafts and other media, working with established and emerging Commonwealth artists, many of whom had never exhibited in Britain before. Correspondence, memoirs and other material vividly reflect the planning, organisation and impact of the exhibitions. 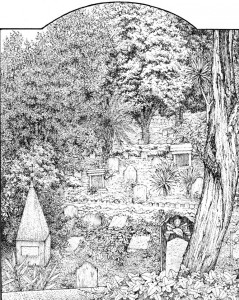 As an acknowledged expert on Commonwealth Art, Bowen travelled extensively, and the collection records an educational visit to West Africa in 1968, and a lecture tour of Canada in 1969, undertaken after an invitation to address the Canadian Society for Education through Art.  A second volume of original art work includes pencil drawings executed during the visits to West Africa and Canada.

To view the collection catalogue, please follow the link: