The archives are as diverse as the activities – self governance, teaching and research, property management, administration of justice, external relations – the University has pursued down the centuries. They include charters, statutes and title deeds, records of its legislative and executive bodies, central administration, Syndicates and committees, departments and faculties, students and law courts. Catalogues of the archives are online on Janus, the internet resource for catalogues of Cambridge archives at https://janus.lib.cam.ac.uk/db/node.xsp?id=EAD%2FGBR%2F0265. 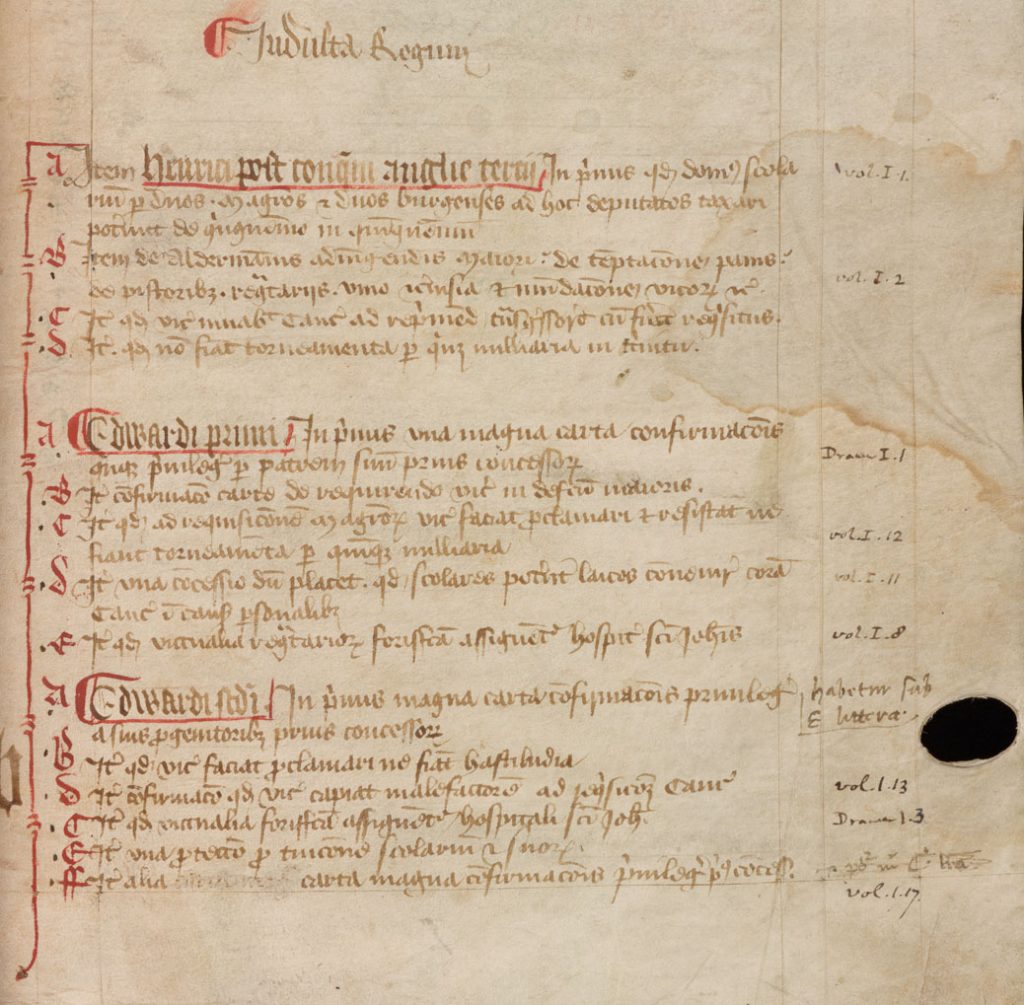 Catalogue, written 1420, of royal charters from the reigns of Henry III – Edward II, annotated in both margins with contemporary and nineteenth century locations of the original documents (classmark: UA Collect.Admin.4 fo.12r)

Our presence in the Digital Library begins with two significant manuscripts. The first is a volume of inventories of records, books and other movable property of the University, ca 1420-1660, including the earliest surviving catalogues of the archives and the library. This item featured in the University Library exhibition to celebrate its 600th anniversary, Lines of Thought: Discoveries that changed the world which ran March-September 2016. An earlier blog drew attention to the lists of muniments, that is charters of privilege and deeds of title, compiled in 1420 which became the standard finding aid for the University’s records for the next century.

The second is the magnificently illuminated two volume Book of privileges and liberties of the University of Cambridge, commissioned by alumnus Robert Hare (ca 1530-1611), and presented to the University in 1590. It comprises copies by a professional scribe of transcripts by Hare of royal charters, letters patent and other documents granting and confirming the University’s privileges, partly from the University’s records, but chiefly from those of central government in the Tower. The documents are arranged by reign, King Arthur to Queen Elizabeth. 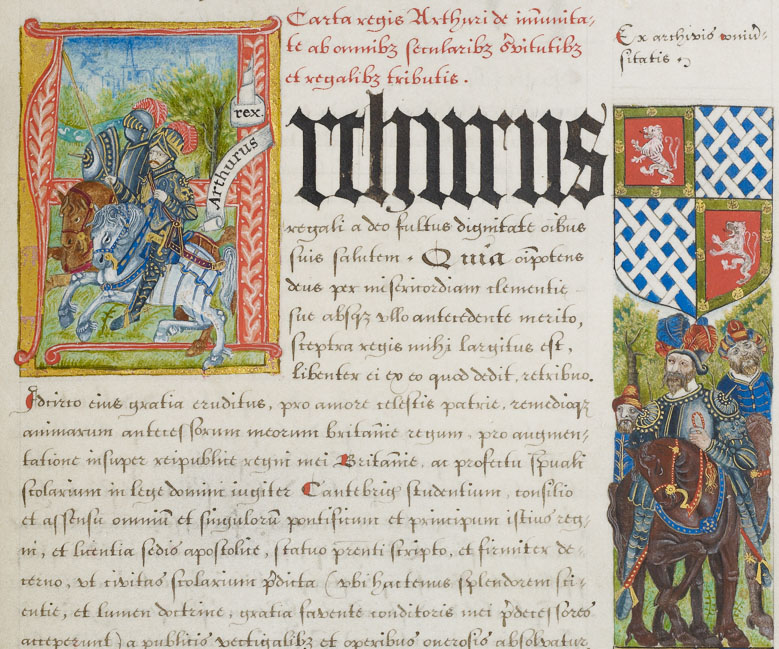 Charters from the reign of King Arthur, the figures looking distinctly Elizabethan (classmark: UA Hare A, I fo.1r)

One depicts the Magna Congregatio, also known as the Black Assembly; the annual ceremony at which the mayor and bailiffs swore to uphold the privileges of the University. 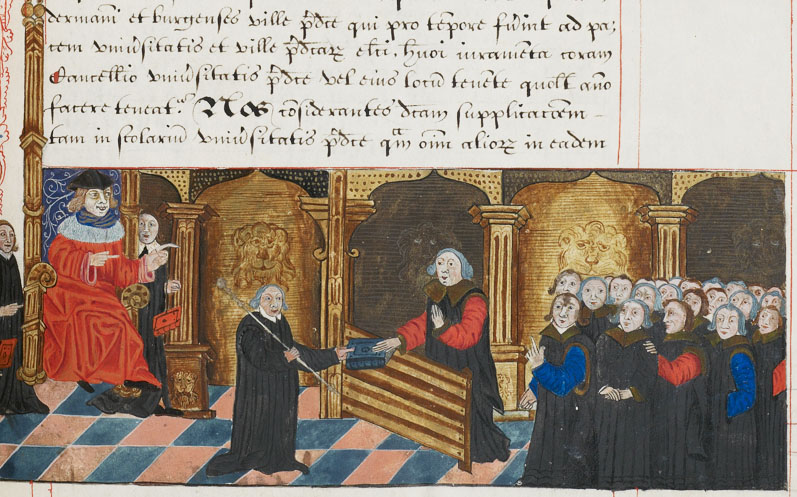 Mayor and bailiffs taking the annual oath of obedience to the University (classmark: UA Hare A, I fo.152r)

The other shows the taxors, University officers charged with oversight of the town’s market, burning false weights and measures.

The taxors burning false weights and measures (classmark: UA Hare A, I fo.276v)