Bringing a hidden collection to light

Posted on 7 April 2017 by CUL Conservation

Cambridge University Library may not often be thought of as a significant repository for papyri, but we do have a moderately sized collection. This collection is not well known, however, due to problems with accessibility. The majority of our 1,500 or so papyri have never been published in any form, many remain uncatalogued and only a tiny number have been conserved.

Since the discovery in 2015 of a hidden collection of Coptic papyri in the papers of Sir Herbert Thompson, we have been working to increase the visibility and accessibility of our papyrus collection. Our aim is eventually to be able to add our collection to worldwide online resources, increasing publication and allowing our papyri to be linked with sister texts in other institutions. Achieving this will be a careful balancing act between identifying material that is of scholarly interest, improving accessibility via cataloguing, conservation and digitisation, and attending to the long-term preservation of the collection as a whole.

The first step in this process has been to build the Library’s expertise in looking after its papyri. As one of the earliest known writing materials, papyrus has particular conservation problems and needs that are distinct from paper and parchment, and training in its care is often difficult to come by. So in 2016, the Library made a crucial investment in the skills of the conservation department by sending me to two international centres of expertise in papyrus conservation. 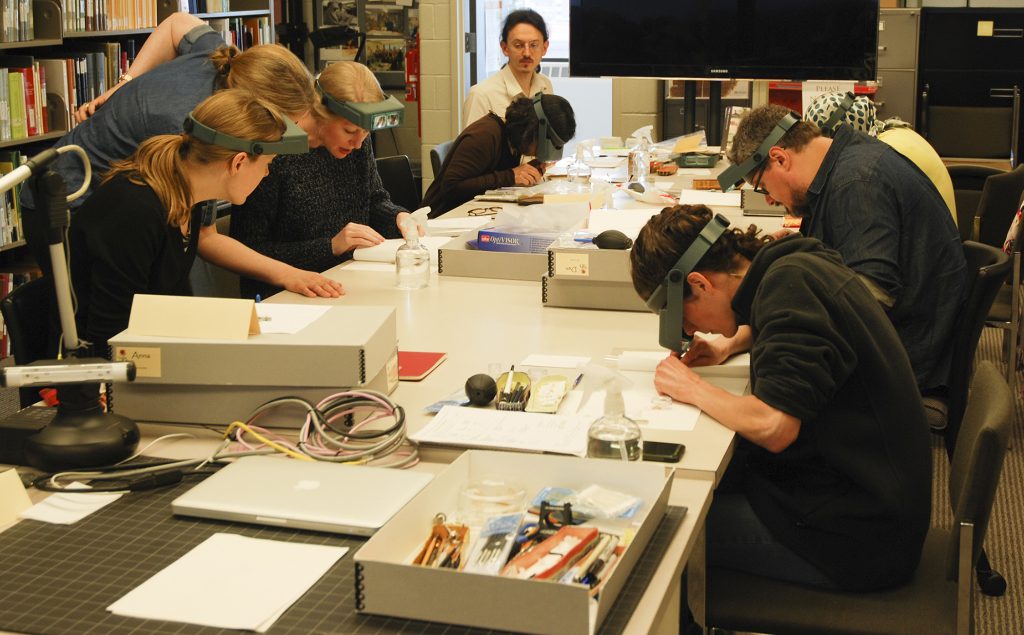 I had been lucky enough to be selected to attend the Papyrus Conservation Summer Seminar at the University of Michigan, Ann Arbor, so my first step was to fly out to the States. The summer seminar runs every few years and is a chance for conservators and scholars from all over the world to come together for hands-on training in the care of papyri. Over a very hot summer fortnight, my papyrological colleagues and I (among other things) made papyrus, prepared repair materials, and carried out several treatments of papyri from the University of Michigan’s vast collection, under the expert guidance of conservator-librarian Marieka Kaye.

Conserving papyri at the University of Michigan, Ann Arbor 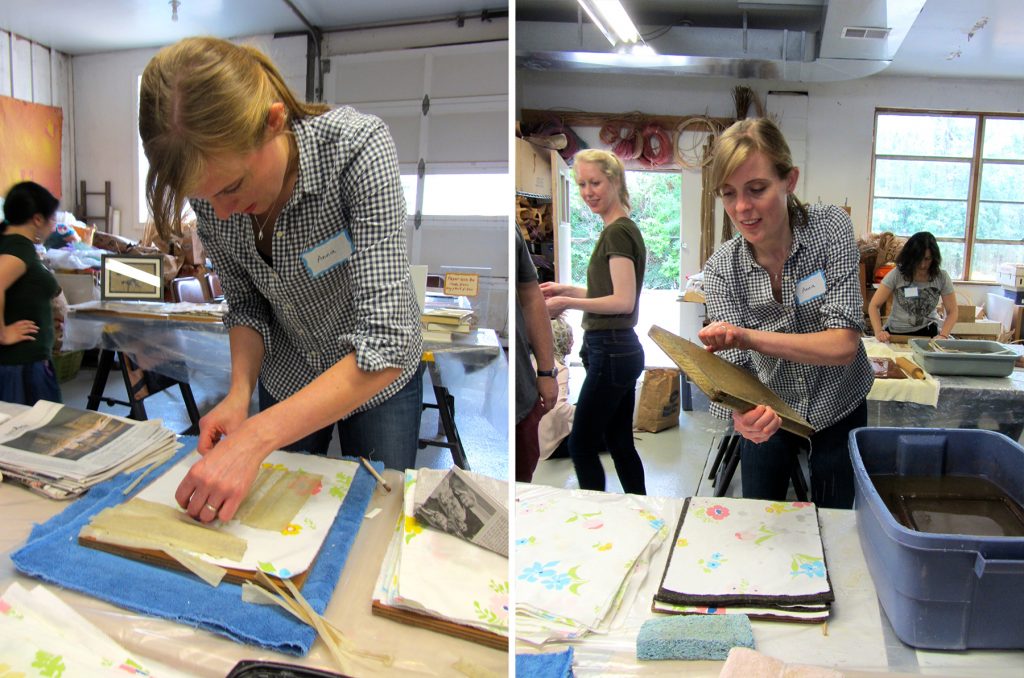 Not wishing to let me rest on my laurels, the Library – with the help of an Icon Tru Vue mid-career training bursary – then sent me off to Berlin, where I spent an extraordinary three weeks learning from world-renowned papyrus specialist Myriam Krutzsch at the Ägyptisches Museum und Papyrussammlung (ÄMP). This gave me the chance to build on what I had learnt in Ann Arbor, and to take on a few more challenging conservation treatments

Removing remnants of an adhered mount

A particular highlight was the conservation of a group of first–third century CE Greek documentary fragments, which had been stuck together in such a way that they could not be safely housed or handled, and had several areas of text that were inaccessible. With expert supervision from Mrs Krutzsch, I cleaned the heavily soiled surface, gently humidified the whole object and then (extremely carefully!) separated all the adhered areas. This unexpectedly revealed five separate texts, which will now be added to the ÄMP’s inventory and made available for study.

Five Greek documentary texts (Berlin P.21428–32) before, during and after separation

My practical training in Berlin was interspersed with teaching on the structure and forms of papyrus documents. Mrs Krutzsch’s knowledge of this subject is extraordinary, having been built up over decades of working with the ÄMP’s vast papyrus collection. Subjects we covered over the three weeks included identification and documentation of physical details of papyri (such as fibre concentration and surface structure) in a way that can help to identify historical information about location and period of manufacture, and the systematic description of sheet forms and sheet joins. In addition, Mrs Krutzsch’s research on folded papyrus documents has opened up a new and fascinating aspect of the material to me, and moreover one which points to its everyday use in amulets, tax and legal documents and letters. 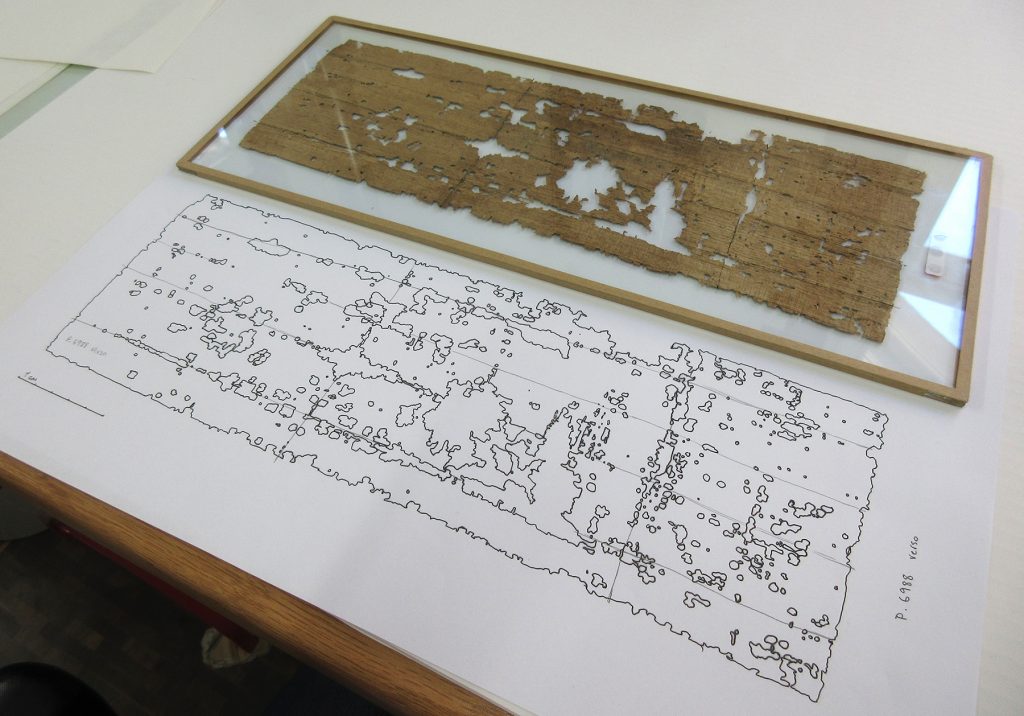 Identifying the fold pattern in a second-century Greek tax document

Back in Cambridge, we have started putting my new knowledge and skills to use in caring for our papyri. Later this month I will be starting a programme to rehouse items at the greatest risk of damage due to unsuitable housing and storage. And in early May we will be undertaking a full survey of the various parts of our papyrus collection, which will help us to identify the extent and significance of our holdings, and to flag up those items in most immediate need of conservation treatment. Watch this space for details of our discoveries. 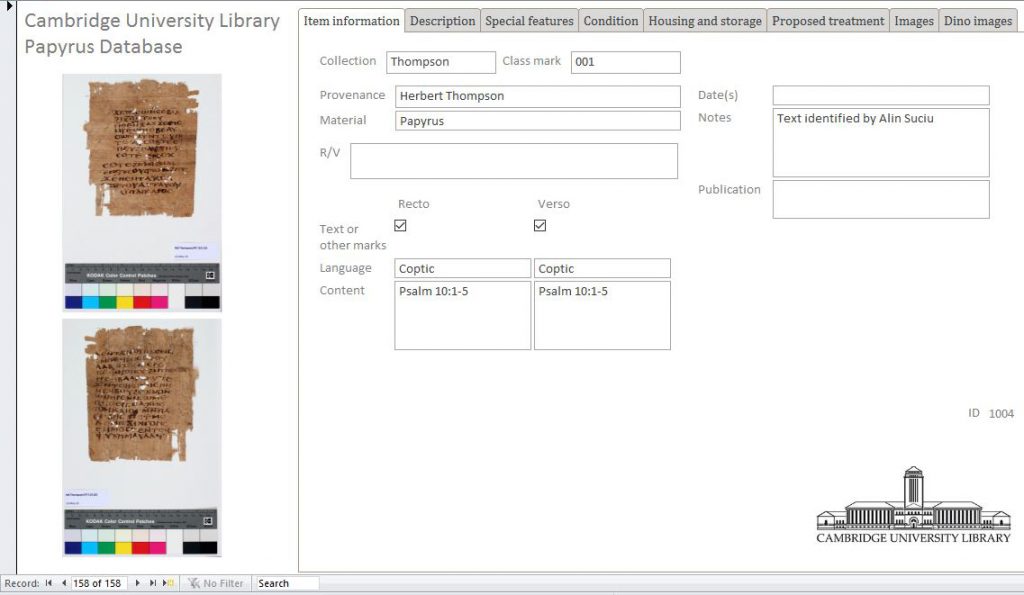 Cambridge University Library Papyrus Database. This will be used to document CUL’s papyrus collection in order to facilitate planning of storage and conservation treatment needs

In June, CUL will also be hosting the third annual Papyrus Curatorial and Conservation Meeting. For details of the programme and to register, please visit: https://specialcollections-blog.lib.cam.ac.uk/?p=14109 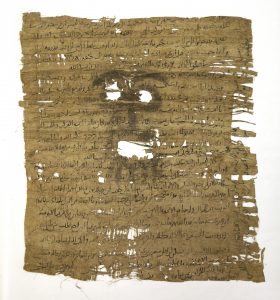 An uncatalogued papyrus from the Michaelides collection