John Speed’s Theatre of the Empire of Great Britaine is one of the world’s great cartographic treasures. Published in 1611/12, it marked the first time that comprehensive plans of English and Welsh counties and towns were made available in print.

Elizabeth I from the map of Cheshire

Cambridge University Library is home to one of only five surviving proof sets of maps, made prior to the publication of the first edition of the atlas. All of these sets differ in their composition and notably the Cambridge copy includes a map of Cheshire, dated 1603 and featuring a portrait of Queen Elizabeth, which was entirely re-drawn for the published atlas and as such is one of only two copies known to exist.

Now digital images of these maps that had been taken to celebrate the 400th anniversary of the publication of the atlas have been incorporated into the Cambridge Digital Library providing a greatly enhanced viewing experience and the ability to view them in higher resolution than ever before. 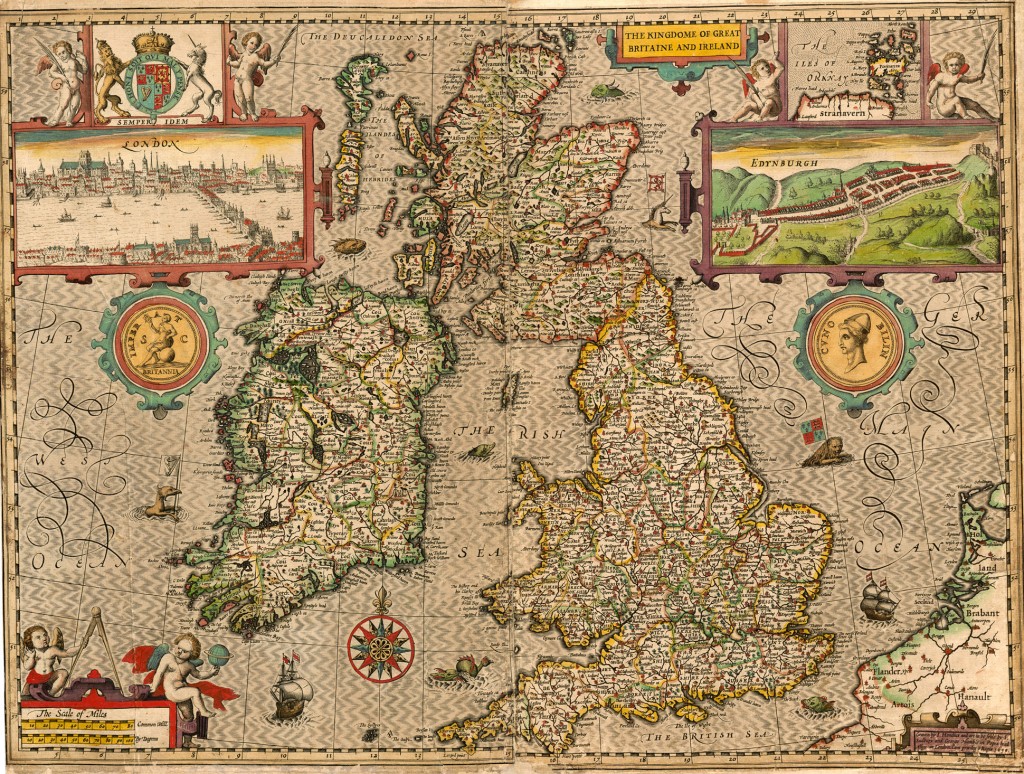 The collection of proof maps, bought by the University Library in 1968 and known as the Gardner copy after its previous owner (Eric Gardner), is now considered priceless. It contains a single sheet for each county of England and Wales, plus a map of Scotland and each of the four Irish provinces, and paints a rich picture of the countryside at the turn of the 17th century.

Viewed through PC, tablet or smartphone these maps offer a slice of Tudor and Jacobean life in miniature. Rivers wriggle through the landscape, towns are shown as huddles of miniature buildings, woods and parks marked by tiny trees and – with contour lines yet to be invented – small scatterings of molehills denote higher ground. 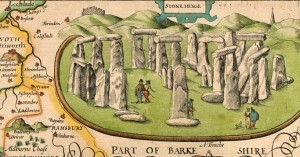 Stonehenge from the map of Wiltshire

The countryside bursts with human life: a ploughman and his two-horse team are at work in fields outside Worcester, early tourists can be seen viewing Stonehenge in Wiltshire, a group of bathers enjoy the Roman spa at Bath, and the seas around Britain teem with fabulous sea monsters and ships in full sail.

The Cambridgeshire sheet includes portraits of robed academics, a pair of them holding the map’s scale bar, as well as 24 coats of arms of the University, colleges and local nobility.

The Theatre was an immediate success: the first print run of around 500 copies must have sold quickly because many editions followed and, by the time of the 1627 edition, the atlas cost 40 shillings. It was a supreme achievement in British cartography – used by armies on both sides of the English Civil War – making John Speed into one of the most famous of all our map-makers and becoming the blueprint for folio atlases until the mid-18th century.

Extract from the Cambridgeshire map